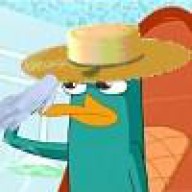 Tokyo Metropolitan Police on Tuesday arrested the first editor of the popular manga “Attack on Titan” in the alleged murder of his wife, 38, at the residence they share in Bunkyo Ward last year, reports the Sankei Shimbun (Jan. 10).

At around 2:50 a.m. August 9, Park Jung-hyun, a 41-year-old editor for publisher Kodansha, telephoned emergency services to report that his “wife had collapsed.”

Officers from the Komagome Police Station found the woman lying face-up in a state of cardiopulmonary arrest at the base of some stairs. She was confirmed dead about one hour later at a nearby hospital.

The woman’s forehead had some light gashes, but there were no noticeable signs of trauma to her body that would result in death, police said.

An autopsy later revealed the cause of death to be suffocation due to pressure applied around the neck.

Park, who at the time lived in the residence with his wife and their four children, initially claimed that his wife “fell down the stairs.” However, he later changed his story, saying she “committed suicide by hanging herself by a handrail.”

An investigation was launched after police were unable to find sufficient evidence to back Park’s claim of suicide.
Haga clic para ampliar...